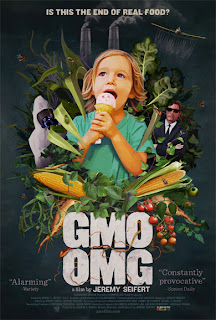 Posted by Salud with RainOnTheLand at 10:15 AM

Bloody noses. Blistering rashes. Piercing migraines. These are just a few of the symptoms veteran hairstylist Jennifer Arce experienced after she was diagnosed with chemical poisoning by her physician. The source? A product millions of women use to straighten their hair every day: Brazilian Blowout.

Arce, a stylist in San Diego for more than 18 years, used the experience to organize other affected colleagues to take their stories to California lawmakers and the Food and Drug Administration. Brazilian Blowout has since been banned in the state, but similar hair smoothing products also containing carcinogenic formaldehyde remain on the market. Her next step is distributing anew fact sheet from Women’s Voices for the Earth (WVE) to salon workers and clients. The fact sheet describes chemicals to avoid in hopes more salons will choose to go green for the health of their customers and stylists.

“Many of my colleagues have been bullied, threatened physically and threatened to be fired for speaking up about being sick or for not wanting their clients exposed to toxic formaldehyde,” Arce said. “Many of us don’t have health insurance. Our health and our livelihoods are being taken away from us and we are not going to let this happen without a fight.”

“We hope the fact sheet will educate consumers and workers and inspire them to work for change at the policy level,” explained Erin Switalski, WVE’s executive director. “Salon products are exempt from ingredient labeling requirements, limiting the availability of this important information on chemical exposure, so we are trying to fill in the gaps.”

Like many products containing toxic chemicals, what’s considered good enough for American consumers is banned in the European Union. A recent study by RAPEX, an EU regulatory body, discovered nine keratin hair smoothing products containing high levels of formaldehyde, which resulted in their removal from European markets. Yet they remain widely available in the U.S., and several of the products are falsely touted “formaldehyde-free.”

Under current federal regulations, it is legal for cosmetics manufacturers to use unlimited amounts of virtually any ingredient in salon and professional use products, as well as those sold to the general public,including chemicals linked to cancer, reproductive and developmental harm, hormone disruptionand other adverse health impacts, with no pre-market safety assessment. 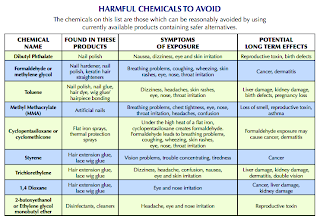 A growing body of scientific evidence indicates there is reason for concern, showing hairdressers are at increased risk of cancers of the lung, larynx, bladder and multiple myeloma compared to the general population. One study has shown that nail salon workers have higher levels of di-n-butyl phthalate (DBP), a reproductive and developmental toxicant, than the general population.

Another study found that beauticians and hairdressers are likely to have significant exposure to solvents that are linked to birth defects. Other studies have found cosmetologists are at a higher risk for having spontaneous abortions and low birth weight babies.

As for Arce, she’s considering switching careers. She doesn’t want to stop being a stylist—she loves helping her longtime clients look and feel their best, but her health can’t withstand the constant exposure.

Visit EcoWatch’s HEALTH page for more related news on this topic.
Posted by Salud with RainOnTheLand at 10:18 AM

How To Manage Your Stress In 76 Seconds 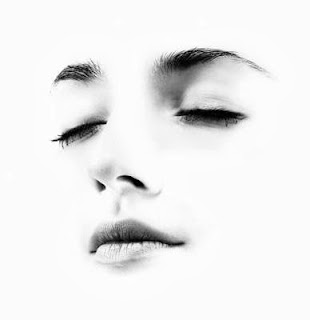 On most days, I go to work, put on my white coat, load my stethoscope in my pocket, and make visits in the hospital and my office as I've done for over 20 years. I am the “master of my domain” and it's very unlikely that anything will disrupt my calm.

This day, however, is different. I am about to walk into court as an expert witness on a billion-dollar medical patent lawsuit. Each table has 15 lawyers from the largest firms in the country. My testimony will go on for hours and will be taken by Mr. S, famous for his loud red ties, his loud mannerisms, and his ability to make witnesses shake. I know my stuff cold but I need to steady my nerves. I lean against the wall, close my eyes, and go through a breathing practice that takes under 90 seconds and has served me well to bring balance back to the moment.

It's the 4-7-8 relaxation breathing sequence. The technique shifts the autonomic nervous system away from the sympathetic predominance (which makes our hearts race and our palms sweaty when we face a stressful situation) and allows the parasympathetic nervous system to shine.

Here's how you do it:
Sit up straight in a chair.
Place the tip of your tongue up against the roof of your mouth. Keep it there through the entire breathing process.
Breathe in silently through your nose to the slow count of 4.
Hold your breath to the count of 7.
Exhale through your mouth to the count of 8, making a slight audible sound.
Repeat the 4-7-8 cycle another three times, for a total of four breathing exercises.

Does breathing really work to train our nervous system to find a calm place from which we can manage life more successfully?
Thousands of years of practice in many religious traditions say that it does. Recent scientific studies also confirm the benefits. For example, subjects taught to breathe slowly and deeply as a mind-body practice show beneficial changes in the autonomic nervous system favoring parasympathetic relaxation, document changes increases in skin temperature from better artery flow, and reveal reductions in blood pressure compared to control subjects. If you have children or teenagers, www.gozen.com has a terrific teaching video on the 4-7-8 breathing exercise that may be useful to share with them.

That day in court went well. After I used the 4-7-8 breathing sequence, I entered court, was sworn in, and performed at my peak testifying calmly for the next 5 hours. I think if you will practice, you can benefit from this important tool also.


About the Author
Dr. Joel Kahn
http://danielplan.com/blogs/dp/how-to-manage-your-stress-in-76-seconds/
Posted by Salud with RainOnTheLand at 9:15 AM