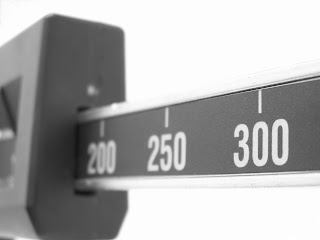 Researchers are finding connections between everyday chemicals and the bulging-belt-line epidemic.
BY LEAH ZERBE

More Than Excess Calories
There's more to the obesity epidemic than eating too many hot wings and excess sitting. Certainly, poor food choices, particularly too much sugar and sweeteners, and a lack of exercise are major pieces of the obesity puzzle. But a landmark 2002 study, published in the Journal of Alternative and Complementary Medicine, found the obesity epidemic paralleled the increase of industrial chemicals in the environment.

Now researchers are finding that exposures to certain common endocrine-disrupting chemicals—not just lifestyle choices—could be programming us for weight gain, diabetes, and related problems. "We have to acknowledge the fact that obesity is not just about will power, that it's not just all someone's fault," says developmental biologist Retha Newbold, MS, CT, of the National Institute of Environmental Health Sciences.

Timing of Exposure Matters
Animal studies suggest that exposure to certain substances during fetal development or early in life can disrupt the normal development of an organism's hormonal system, promoting the development of fat cells and hampering the body's ability to send and receive signals that allow it to operate in good health. This sets the stage for metabolic diseases like diabetes as well as a lifetime of weight problems.

A recent Environmental Health Perspectives study found suspected obesogens in the bodies of many pregnant women, who can pass them along to their developing fetuses. "It appears that exposure to certain chemicals during critical windows of fetal and early development could permanently program a person for obesity or diabetes, which may not show up for decades down the line," says Newbold. "We're talking about different modes of action. Chemicals could be interacting with the brain, pancreas, or liver, or the fat cells themselves. The end result is going to be obesity."

Pesticides
The Facts: Previous studies have found an increased rate of diabetes among farmers and pesticide applicators, but it appears that even the low doses that the general public encounters can mess with our hormones. Banned organochlorine pesticides that linger in the food chain, such as DDT, have been linked to obesity, along with organophosphate pesticides and carbamates (the popular household insecticide Sevin is a carbamate pesticide). "Pesticides are designed to interfere with a lot of hormonal processes that insects require to replace themselves," explains world-renowned researcher Theo Colborn, PhD, president of The Endocrine Disruption Exchange. "The same chemicals that affect insects affect us."
Avoid It: Eat organic! Researchers have found that it takes just five days of eating organic to rid the body of nearly all pesticide residues. If the obesity link isn't compelling enough to go organic, consider that other pesticides have been linked to certain cancers, ADHD, autism, Parkinson's disease, and other health issues. And instead of using foggers and insecticide to combat household bug issues, adopt natural pest-control measures in your home

Bisphenol A (BPA)
The Facts: Studies in the lab find that BPA has the ability to accelerate fat-cell differentiation, disrupt pancreatic functioning, and cause insulin resistance, leading to obesity problems. In addition, other studies have linked BPA exposure to neurological development problems and sexual reproductive problems, including male infertility, in humans.
Avoid It: Scientists still don't know the number one exposure source of BPA, but because the chemical is produced in such high volumes, it's been found virtually everywhere. Until more data is collected about how BPA gets into our bodies, one prudent step to take is to minimize your handling of cash-register receipts—some have a high BPA content—so tell cashiers you don't need a receipt for minor purchases. Also, choose food that's fresh, frozen, or sold in glass jars over canned food, since most metal cans contain varying levels of BPA.

Personal Care Products
The Facts: Phthalates are hormone-disrupting chemicals tied to obesity, and they are ubiquitous in the personal-care product industry, particularly due to the chemicals' use in synthetically fragranced products. A 2010 study published in Environmental Health Perspectives found that children with higher phthalate levels in their bodies experienced stunted growth.
Avoid It: Avoid personal care products that list "fragrance" or "parfum" as an ingredient, and nix air fresheners and scented candles. They are likely laced with phthalates and a host of other hazardous materials. (Choose beeswax if you need candles.)

Vinyl
The Facts: Chemicals in vinyl chloride plastics called organotins persist in the environment, and are strongly linked to obesity. Exposure of mice to the organotin tributyltin (used on ship exteriors to prevent the buildup of crustaceans) before birth created permanent changes that pre-disposed the animals to weight problems. PVC plastics, such as pipes, vinyl flooring, and other vinyl products, contain dibutyltin, another organotin. Adding insult to injury, vinyl is also laced with phthalates, an obesogen listed above.
Avoid It :Avoid bringing vinyl products, including flooring, shades, purses, and shower curtains, into your home, and practice effective cleaning—PVC breaks down and can lurk in household dust.

Nonstick Products
The Facts: In a 2010 review article of published literature on the subject, Newbold links IDs perfluoroctanoic acid (PFOA) to obesity. PFOA (sometimes called Teflon) is used in many nonstick cookware and kitchenware lines, along with stain-proof coatings on furniture, greaseproof food wrappers, microwavable popcorn bags, and waterproof materials.
Avoid It: If you already own nonstick kitchenware, don't freak out. But when you start to see scratches and chips, replace it with American-made cast iron or untreated stainless steel cookware.


PCBs
The Facts: Polybrominated biphenyls (PCBs) were used widely as flame retardants in the electricity industry, but they're no longer made because of the compound's environmental and health effects. Newbold says the obesity-inducing mechanism of PCBs could be similar to that of BPA and some pesticides, working through estrogen receptor pathways. (The same company that made the bulk of PCBs is now behind the push for a chemical farming system and genetically engineered food.)
Avoid It: Since people are exposed to PCBs by eating contaminated fish, meat, and dairy products, eating lower on the food chain more often can help reduce your exposure. That doesn't mean you necessarily have to go completely vegan, but you could ease into a more plant-based diet by giving Meatless Mondays a try.

Soy
The Facts: Soy is low in fat, but it's also a phytoestrogen, meaning it has plant-based estrogenic properties. Doses comparable to those eaten in the Western diet have been shown to promote fat-cell growth. Newbold says parents should be especially wary of feeding soy to babies or children. "Studies have shown that kids on soy formula have a tendency to gain weight," explains Newbold, who notes that soy affects developing children differently than adults. Babies born small for their gestational age who are put on high-calorie "catch-up diets" also face an increased risk of obesity later in life.
Avoid It: Since developing babies and young children seem to be most sensitive to soy, Newbold suggests that women breastfeed, if possible, and parent avoid giving young kids soy products.

Nicotine
The Facts: Not only do babies born to mothers who smoked throughout pregnancy face an increased risk of being born prematurely and underweight, but strong research also suggests that those same babies face an increased risk of being obese as they grow older. Nicotine (or nicotine plus some other component of cigarette smoke) could tinker with the child's metabolic system; researchers just aren't sure yet of the mechanism. Perhaps compounding the problem, low-birth-weight babies born to smokers could also be put on a "catch-up diet" referenced above, further increasing their risk of obesity later in life.
Avoid It: Don't smoke if you're pregnant, and do your best to eliminate second- and even third-hand smoke.

For more specific ways to detox your life, check out 12 Household Toxins You Should Banish from Your Home. @ http://www.rodale.com/obesogenic
Posted by Salud with RainOnTheLand at 12:23 PM