Posted by Salud with RainOnTheLand at 9:55 AM

When it comes to treating pain, a new study suggests traditional Chinese medicine has been getting it right for thousands of years.

A chemical compound found in the underground tubers of the Corydalis plant can effectively alleviate three different types of pain in mice, according to a paper published Thursday in the journal Current Biology.

The study also shows that mice do not build up a resistance to the naturally occurring compound, which means it could one day be used for managing chronic pain in humans.

The pain-relieving compound is known as dehydrocorybulbine (DHCB). It was isolated by Chinese researchers as part of the herbalome project -- an ambitious endeavor launched in 2008 to catalog all the active ingredients in traditional Chinese medicines.

The Corydalis plant is a member of the poppy family. It grows mainly in central eastern China, and has been used in Chinese medicine for centuries. Its tubers are dug up, ground, and then boiled in hot vinegar. The resulting medicine is often prescribed to treat headaches and back pain.

"This medicine goes back thousands of years, and it is still around because it works," said Olivier Civelli, a pharmacologist at UC Irvine and one of the authors of the study. "The question is, what makes it work. There are many compounds inside this plant."

For this study, Civelli collaborated with the lead researcher on the herbalome project--Xinmiao Liang of the Chinese Academy of Sciences, Dalian in northeast China. Liang's group extracted chemicals from the plant and then sent more than 80 of them to Civelli's lab in Irvine to see which ones had pain relieving properties.

Civelli and his team determined that at least one of those chemicals -- DHCB -- was an effective pain reliever in mice, but they were surprised to find that it used D2 dopamine receptors, rather than morphine receptors.

"Dopamine receptors are generally associated with the pleasure center of the brain, so it was not expected that dopamine was important for pain," Civelli said.

Still, the findings were clear. Mice in which the D2 dopamine receptors had been removed did not experience any pain relief from DHCB in tests.

Civelli and his team synthesized DHCB so they would have enough to work with. Then they ran a series of tests on mice that had received DHCB. They found that the compound alleviated temporary acute pain like what you might experience if you got a broken ankle or a burn, as well as the inflammatory pain you might feel if your joints were swollen, and chronic pain that comes from nerve damage.

Civelli said there are likely more compounds in the Corydalis tuber that work in conjunction with DHCB to combat pain, and he would like to find those as well.

"There are likely many compounds inside those plants that have some effect on a particular disease or disorder. Our goal is to find the most powerful of those compounds," he said.
Posted by Salud with RainOnTheLand at 10:10 AM

The most important lesson from 83,000 brain scans: Daniel Amen at TEDxOr...

Posted by Salud with RainOnTheLand at 11:33 AM 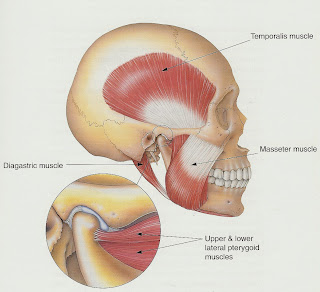 Posted by Salud with RainOnTheLand at 9:22 AM

Posted by Salud with RainOnTheLand at 7:38 AM 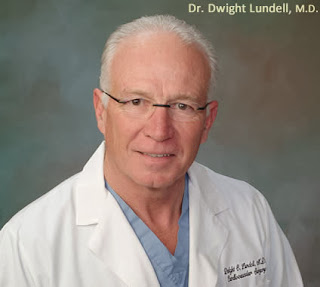 Informacion en Espanol:
http://empoderasalud.com/cirujano-reconocido-mundialmente-expone-la-verdadera-causa-de-las-enfermedades-cardiacas/
Posted by Salud with RainOnTheLand at 7:35 AM