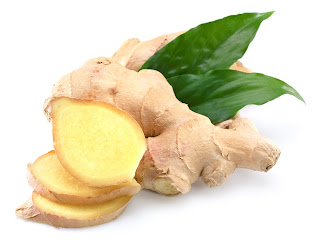 Ginger or ginger root is the rhizome of the plant Zingiber officinale, consumed as a delicacy, medicine, or spice. It lends its name to its genus and family (Zingiberaceae). Other notable members of this plant family are turmeric, cardamom, and galangal.

Here ‘s a list of some of the amazing benefits of ginger that you may not aware of. Although some of these are still being debated, you could do your own research if you want to use ginger for medicinal purposes.

-Maintains Normal Blood Circulation. Ginger contains chromium, magnesium and zinc which can help to improve blood flow, as well as help prevent chills, fever, and excessive sweat.
-Remedies Motion Sickness. Ginger is a known effective remedy for the nausea associated with motion sickness. The exact reason is unknown, but in a study of naval cadets, those given ginger powder suffered less.
-Improves absorption. Ginger improves the absorption and stimulation of essential nutrients in the body. It does this by stimulating gastric and pancreatic enzyme secretion.
-Cold and Flu Prevention. Ginger has been used for thousands of years as a natural treatment for colds and flu around Asia. The University of Maryland Medical Center states that to treat cold and flu symptoms in adults, steep 2 tbsp. of freshly shredded or chopped ginger root in hot water, two to three times a day
-Combats Stomach Discomfort. Ginger is ideal in assisting digestion, thereby improving food absorption and avoiding possible stomach ache. Ginger appears to reduce inflammation in a similar way to aspirin and ibuprofen
-Colon Cancer Prevention. A study at the University of Minnesota found that ginger may slow the growth of colorectal cancer cells.
-Reduce Pain and Inflammation. Ginger contains some of the most potent anti-inflammatory fighting substances known and is a natural powerful painkiller.
-Fights Common Respiratory Problems. If you’re suffering from common respiratory diseases such as a cough, ginger aids in expanding your lungs and loosening up phlegm because it is a natural expectorant that breaks down and removes mucus.. That way you can quickly recover from difficulty in breathing.
-Ovarian Cancer Treatment. Ginger powder induces cell death in ovarian cancer cells.
-Strengthens Immunity. Ginger helps improve the immune system. Consuming a little bit ginger a day can help foil potential risk of a stroke by inhibiting fatty deposits from the arteries. It also decreases bacterial infections in the stomach, and helps battle a bad cough and throat irritation.
-Combats Morning Sickness. Ginger has demonstrated a success rate of 75 percent in curing morning sickness and stomach flu.
If consumed in reasonable quantities, ginger has few negative side effects, and is on the FDA's "generally recognized as safe" list, though it does interact with some medications, including warfarin. Ginger is contraindicated in people suffering from gallstones, as it promotes the production of bile.
Posted by Salud with RainOnTheLand at 9:55 AM