What Happens When You Pee in the Pool? 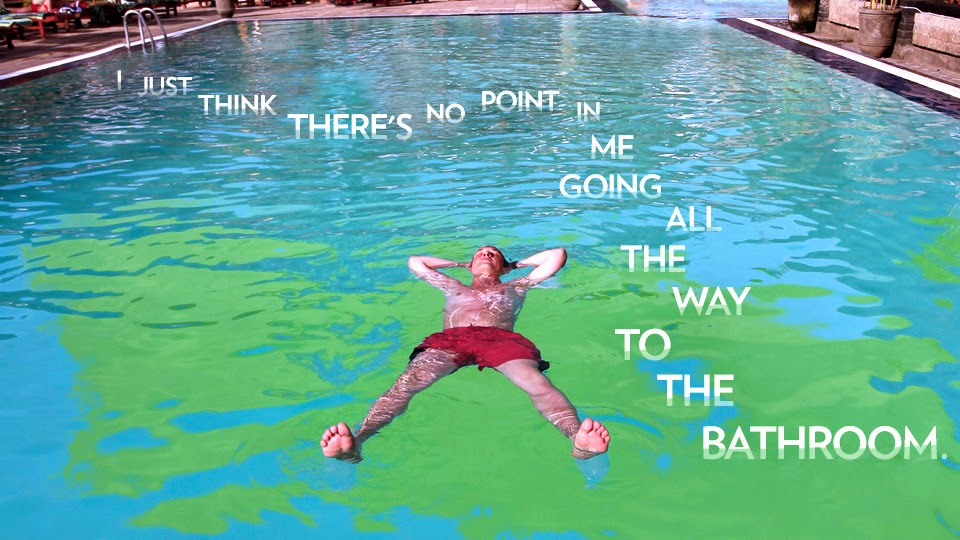 One in five Americans admit they have peed in a pool, and among Olympic swimmers, the practice is so widespread that a former US National team member said nearly 100 percent of competitive swimmers pee in the pool… regularly.1

Swimming in a urine-contaminated pool is certainly not the most pleasant thought, but is it really so bad?

Olympic swimmer Michael Phelps doesn't think so, and famously said that "chlorine kills it [urine]," making peeing in the pool a non-issue. But it's not the urine itself that you need to worry about.

Urine is virtually sterile when it leaves your body, so it doesn't pose the risk of causing illness the way fecal matter in a pool does. In fact, urine is a valuable source of nutrients that is now being used as an effective and natural fertilizer.

So it's not the urine that is the problem… it's what happens when urine mixes with pool chemicals, including chlorine, that is catching researchers' attention.
Peeing in the Pool Creates a Chemical Warfare Agent

The former, CNCI, is classified as a chemical warfare agent and is a known toxicant to your lungs, heart, and central nervous system. NCl3 is linked to lung damage.

As for how dangerous this is, practically speaking, the researchers found that, in a worst-case scenario, urine in a pool might lead to about 30 parts per billion (ppb) of cyanogen chloride, which is well below the 70 ppb used as the maximum cyanogen concentration allowed in drinking water, according to the World Health Organization (WHO).3

Cyanogen chloride leads to coma, convulsions and death only at much higher levels (about 2,500 ppb), an amount that would be difficult, and probably impossible, to generate in a typical swimming pool from urination alone.4 This doesn't mean that smaller doses are "safe," however, as DBPs have been linked to serious health problems at levels found in swimming pools.

According to the study researchers, since urinating in a pool introduces uric acid that will lead to the formation of a poison when it interacts with chlorine, it should be avoided:

" …uric acid chlorination may account for a large fraction of CNCl formation in swimming pools. Moreover, given that uric acid introduction to pools is attributable to urination, a voluntary action for most swimmers, these findings indicate important benefits to pool water and air chemistry that could result from improved hygiene habits on the part of swimmers."
Spending Just 40 Minutes in a Chlorinated Pool May Lead to DNA Damage

If you've ever wondered if the chlorine in a swimming pool poses a health risk, you'll find it unsettling to know that the DBPs created by chlorine reactions are far more dangerous. In fact, when researchers measured evidence of genotoxic (DNA damage that may lead to cancer) and respiratory effects on swimmers who swam in a chlorinated pool for just 40 minutes, they found:5
Increased micronuclei in blood lymphocytes, which are associated with cancer risk
Urine mutagenicity, a biomarker of exposure to genotoxic agents
An increase in serum CC16, which suggests an increase in lung epithelium permeability

Adding chlorine to a swimming pool results in the formation of hundreds of DBPs because of the organic matter in the water. The researchers found that total concentrations of four DBPs (trihalomethanes (THMs)) were seven times higher in exhaled breath after swimming than they were before. They noted:

"Our findings support potential genotoxic effects of exposure to DBPs from swimming pools. The positive health effects gained by swimming could be increased by reducing the potential health risks of pool water."
DBPs in Swimming Pools Are Linked to Cancer

It's known that trihalomethanes (THMs), one of the most common DBPs, are Cancer Group B carcinogens, meaning they've been shown to cause cancer in laboratory animals. They've also been linked to reproductive problems in both animals and humans, such as spontaneous abortion, stillbirths, and congenital malformations, even at lower levels.

It's not only swimming pools that are problematic, as DBPs also exist in chlorinated drinking water. Ingesting chlorinated water with levels of DBPs common in many industrialized countries has been linked to an increased risk of bladder cancer.6

However, when researchers also looked at exposure to DBPs through your skin and via inhalation (such as occurs while showering, bathing and swimming in pools), it was found to be an even greater risk than drinking water.7

Furthermore, people who frequent swimming pools have an increased risk of bladder cancer compared to those who do not,8 and DBPs have even been suggested as partially responsible for the increased risk of melanoma cancer among swimmers.9

The cancer risk from skin exposure while swimming comprised over 94 percent of the total cancer risk resulting from being exposed to THMs! The authors even went so far as to conclude that swimming in a chlorinated pool presents "an unacceptable cancer risk."
DBPs Pose Risks of Allergies, Asthma, and Other Health Problems

Most public pools are overloaded with chlorine, as the well-intentioned people who maintain public pools overly shock them with chlorine to make sure bacteria and other organisms get snuffed out quickly. But even the swimming pool in your backyard could be toxic if you treat it with chlorine – even if you know no one is using it to pee in.

Remember, any organic matter – including hair, skin, sweat, and dirt – can react with chlorine to create DBPs. So if you use chlorine, it's going to be virtually impossible to avoid some exposure. Many studies have pointed out the health risks associated with swimming in chlorinated water, and many of these are related to toxic DBPs:
Swimming instructors are more than twice as likely to suffer frequently from sinusitis or sore throat, and more than three times as likely to have chronic colds, than pool workers with less DBP exposure, such as catering employees or receptionists.11
Compared to the general population, pool workers with high levels of exposure were at a 40 percent greater risk for tightness of the chest and were over 700 percent more likely to suffer breathlessness while walking.12
DBPs may cause weakening of your immune system, disruptions to your central nervous system, damaging effects to your cardiovascular system, unhealthy functioning of your renal system and harmful impacts to your respiratory system.
Should You Avoid Swimming Pools?

The risk of DBP exposure from swimming pools is real, but it doesn't necessarily mean you have to give up swimming. Swimming in an ocean is an excellent alternative, as is swimming in a lake or other natural body of water. You can also find a way to keep your pool clean from bacteria, algae, and other organisms without the use of dangerous chemicals, such as choosing a saltwater pool.

One of the best solutions is NOT to chlorinate your pool and just use a maintenance "shock" treatment every five or six days, which will kill the algae buildup. The shock treatment volatilizes in about 24-48 hours and gives you a several-day window in which you can safely use your pool. You can also reduce the amount of organic material you bring into the pool, and thereby the amount of DBPs created, by showering prior to entering and teaching your children not to urinate in the water. You can also use ozone, which also oxidatively destroys the pool pathogens and lowers the need for chlorine.

This will be difficult if you're visiting a public swimming pool or waterpark, however. Surveys show that 35 percent of Americans say they do not shower prior to entering a pool. Finally, because DBPs exist in all chlorinated water, I recommend installing water filters that remove chlorine for both your shower/bath and your kitchen tap.
Posted by Salud with RainOnTheLand at 1:48 PM