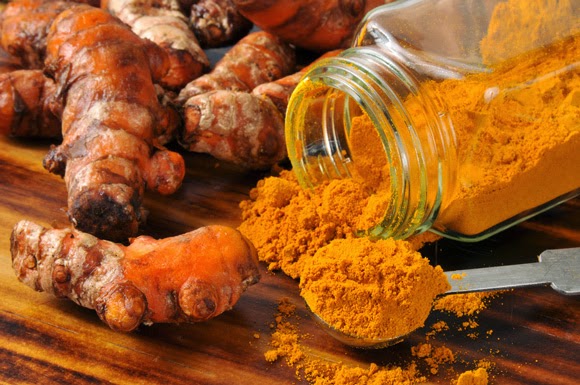 Turmeric (Curcuma longa), the bright yellow of the spice rainbow, is a powerful medicine that has long been used in the Chinese and Indian systems of medicine as an anti-inflammatory agent to treat a wide variety of conditions, including flatulence, jaundice, menstrual difficulties, bloody urine, hemorrhage, toothache and more.

Turmeric is high in curcumin, a substance with powerful anti-inflammatory and antioxidant properties. Most studies used turmeric extracts that are standardized to include large amounts of curcumin.
Turmeric may be the most effective nutritional supplement in existence.
Many high quality studies show that it has major benefits for your body and brain.

Turmeric Contains Bioactive Compounds With Powerful Medicinal Properties
Turmeric is the spice that gives curry its yellow color.
It has been used in India for thousands of years as a spice and medicinal herb.

Here are the top 10 evidence-based health benefits of turmeric.

Recently, science has started to back up what the Indians have known for a long time… it really does contain compounds with medicinal properties .

These compounds are called curcuminoids, the most important of which is curcumin.
Curcumin is the main active ingredient in turmeric. It has powerful anti-inflammatory effects and is a very strong antioxidant.

Most of the studies on this herb are using turmeric extracts that contain mostly curcumin itself, with dosages usually exceeding 1 gram per day. It would be very difficult to reach these levels just using the turmeric spice in your foods.

Therefore, if you want to experience the full effects, then you need to take an extract that contains significant amounts of curcumin.

Unfortunately, curcumin is poorly absorbed into the bloodstream. It helps to consume black pepper with it, which contains piperine… a natural substance that enhances the absorption of curcumin by 2000% (3).
Curcumin is also fat soluble, so it may be a good idea to take it with a fatty meal.


4. Curcumin Boosts Brain-Derived Neurotrophic Factor, Linked to Improved Brain Function and a Lower Risk of Brain Diseases
Curcumin boosts levels of the brain hormone BDNF, which increases the growth of new neurons and fights various degenerative processes in the brain.


5. Curcumin Leads to Various Improvements That Should Lower Your Risk of Heart
DiseaseCurcumin may help reverse many steps in the heart disease process (28).
Perhaps the main benefit of curcumin when it comes to heart disease, is improving the function of the endothelium, which is the lining of the blood vessels.

In one study, 121 patients who were undergoing coronary artery bypass surgery were randomized to either placebo or 4 grams of curcumin per day, a few days before and after the surgery.
The curcumin group had a 65% decreased risk of experiencing a heart attack in the hospital (32).

Curcumin has beneficial effects on several factors known to play a role in heart disease. It improves the function of the endothelium and is a potent anti-inflammatory agent and antioxidant.

6. Turmeric Can Help Prevent (And Perhaps Even Treat) Cancer
Cancer is a terrible disease, characterized by uncontrolled growth of cells.Researchers have been studying curcumin as a beneficial herb in cancer treatment. It can affect cancer growth, development and spread at the molecular level (34).
Studies have shown that it can reduce angiogenesis (growth of new blood vessels in tumors), metastasis (spread of cancer), as well as contributing to the death of cancerous cells (35).

There is some evidence that it may help prevent cancer from occurring in the first place, especially cancers of the digestive system (like colorectal cancer).
Curcumin leads to several changes on the molecular level that may help prevent and perhaps even treat cancer.

8. Arthritis Patients Respond Very Well to Curcumin Supplementation
Given that curcumin is a potent anti-inflammatory, it makes sense that it could help with arthritis. Several studies show this to be true.
In a study of patients with rheumatoid arthritis, curcumin was even more effective than an anti-inflammatory drug (43).
Many other studies have looked at the effects of curcumin on arthritis and noted improvements in various symptoms (44, 45).
Many studies show that curcumin can help treat symptoms of arthritis and is in some cases more effective than anti-inflammatory drugs.

9. Studies Show That Curcumin Has Incredible Benefits Against Depression
Curcumin has shown some promise in treating depression.
In a controlled trial, 60 patients were randomized into three groups (46).
One group took prozac, another group took a gram of curcumin and the third group took both prozac and curcumin.
After 6 weeks, curcumin had led to improvements that were similar to prozac. The group that took both prozac and curcumin fared best.
According to this (small) study, curcumin is as effective as an antidepressant.

There is also some evidence that curcumin can boost the brain neurotransmitters serotonin and dopamine (48, 49).

10. Curcumin May Help Delay Ageing and Fight Age-Related Chronic Diseases
If curcumin can really help prevent heart disease, cancer and Alzheimer’s… then this would have obvious benefits for longevity.
For this reason, curcumin has become very popular as an anti-aging supplement (50).
But given that oxidation and inflammation are believed to play a role in ageing, curcumin may have effects that go way beyond just prevention of disease (51).
Posted by Salud with RainOnTheLand at 8:25 AM